This manual will explain how to install AutoLoader, Proofmaker, Contest Preppie, Sloppy Borders and SmartMark.

Some plugins have an optional Bridge component in addition to the required Photoshop plugin, and installation steps for Bridge are described below too. Just keep in mind that as handy as the Bridge part is, it isn’t required for full functionality. It’s just a helper.

Photoshop is where the action takes place, so we’ll start with that. Installation instructions are the same for all version of Photoshop
Photoshop requires manual installation of the needed files in order to run. Here’s what to do. This video will walk you through it if you get stuck. Although this video is for AutoLoader, it actually applies to all scripts.

Note: If you are using a 64bit version of Photoshop in 64bit Windows Vista, Windows 7 or Windows 8, you must copy the contents of the Photoshop folder to both the 32bit and 64bit installations of Photoshop, as follows:
C:\Program Files\Adobe\Adobe Photoshop CS3 (64 Bit)\Presets\Scripts
and
C:\Program Files (x86)\Adobe\Adobe Photoshop CS3\Presets\Scripts
If this folder doesn’t exist, go ahead and make it, being careful to get the folder names exactly as they appear above. This process is demonstrated here.

The main engine for the plugins resided in Photoshop, but there is an optional Bridge plugin that lets you manually select files and send them on to Photoshop for further processing. It requires a bit of manual copying to work properly, but it’s pretty easy. Here’s the scoop. 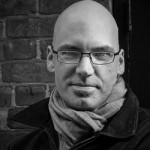 I've been programming for 25 years, and mucking about with Photoshop and Bridge scripting since the CS2 SDK was an optional add-in. Since then we've had 12 new versions of Photoshop and I'm still fascinated by creating tools to automate Photoshop in intelligent ways.